Belief restricts us from grow.

We are much restricted by our thinking power of our mind. Here's a story to explain what's the reality and how we see it.

As a man was passing the elephants, he suddenly stopped, confused by the fact that these huge creatures were being held by only a small rope tied to their front leg. No chains, no cages. It was obvious that the elephants could, at anytime can break away from their bonds but for some reason, they did not.
He saw a trainer nearby and asked why these animals just stood there and made no attempt to get away. “Well,” trainer said, “when they are very young and much smaller we use the same size rope to tie them and, at that age, it’s enough to hold them. As they grow up, they are conditioned to believe they cannot break away. They believe the rope can still hold them, so they never try to break free.”
The man was amazed. These animals could at any time break free from their bonds but because they believed they couldn’t, they were stuck right where they were.
Like the elephants, how many of us go through life hanging onto a belief that we cannot do something, simply because we failed at it once before?

Moral: Failure is a part of learning. We should never give up the struggle in life. You Fail not because you are destined to fail, but because there are lessons which you need to learn as you move on with your life.
Posted by Ankit Chheda at 7:32 AM No comments: Links to this post

How do we decide our own success!!

If you can't find the key of success, pick the lock. 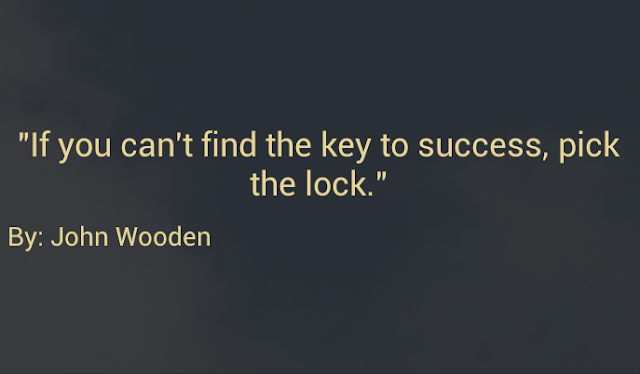 Posted by Ankit Chheda at 6:25 AM No comments: Links to this post

Your "I CAN" is more important than your "IQ" 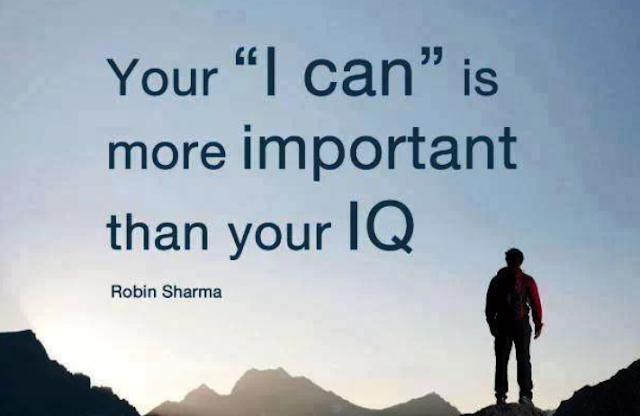 Posted by Ankit Chheda at 3:23 AM No comments: Links to this post

[Kindly FOLLOW my blog to get updates of new blog in your mailbox. You can do this by entering your email id in the bottom of the left colum.]

Life is full of ups and downs, though there are more of downs than ups but still you have to live with it. And what's the point in living a life with regrets instead of facing everything happily. My grandparents always used to say "everything happens for a reason" and yet they are absolutely correct. I remember watching one of the Steve Jobs lecture in Standford Univ (For Video click here) on YOUTUBE.com, he said you can connect points while looking backwards and yet he was so damn true about this. Now when I look back in my life, it is full of good and bad things. Because of these bad things or events, good things happened to me. Clearing GATE twice, getting motivated for PhD was one of these events.
Today I am pursuing Master in Communication (Microwave), still I am preparing for GATE '14 (again). It is a last chance to complete my dream in studying IITs. Many time in life, things go in favor or against it, but you have to accept whatever comes across it with a big smile in heart. Many of the GATE aspirants appear for GATE because they have no-other page to unturn. No jobs, low grades in engineering, hope to get selected in PSU's, self-ego, etc. But success rate is very less in GATE, may be because not many of them manage to keep themselves motivated till last. Some may quit (ignore GATE preparation) within a month of start, some may last for couple of months. But for those aspirants, who have do or die situation, gets through it.
Hope many of you will try to keep yourselves motivated till last and secure a great score. All the best.
Posted by Ankit Chheda at 12:12 PM 2 comments: Links to this post

I'd been writing for the GATE aspirants and then stopped it last December. I don't know what got me and why I stopped but I did and that the fact which I dont want to avoid. Anyways, I am back on blogging again, and this is the sixth time for the matter of fact. :P But this time, I promised myself to stay up blogging for a long time (though promises are meant to be broken :p)
Some of my fellas told me start writing again. Many of the followers don't know about my other secret blog where I used to write general things, still no worries. I will be writing anything and everything on this blog itself.
Topics will vary from GATE preparations, to examinations (mine and yours ofcourse), my life events and joys and sorrows and many many many more topics.
Hope you guys spread the word and help me to create our own little family out here in cyberspace. Love you All
Posted by Ankit Chheda at 3:30 PM 1 comment: Links to this post